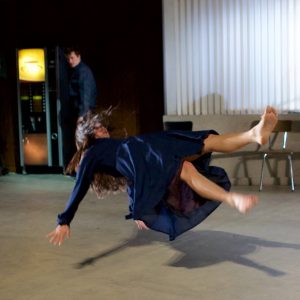 Brussels based Dance Company “Peeping Tom” back in Tokyo with ‘Moeder’ performance.

Brussels based Dance Company “Peeping Tom”, popular in Japan for long, will soon be in Tokyo (Setagaya Public Theatre) to perform ‘Moeder’.

Moeder (Mother) is the second volume of a trilogy about the members of the family that opened with Vader (Father) and will close with Kind (Child).

Peeping Tom’s new production takes the spectator into a series of seemingly familiar spaces: a maternity ward, a funeral parlor, a recording studio, a museum… Spaces where the public and the private intertwine. Where past, present and future try desperately to hold on to the cyclical time of an archetypal mother figure.